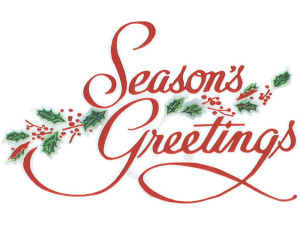 As 2013 draws to a close and our one-year anniversary in Kansas City nears, we are proud of the strides our company has made in the market in a short time. We are grateful for your friendship, referrals and support, and look forward to working with you in KC for many years to come.

From our KC Spray Foam family to you and yours, we wish you a joyful holiday and all the best for 2014!!

Mark grew up in Winterset, Iowa: the birthplace of John Wayne and the home of Madison County Covered Bridges. He lived on a small acreage where they raised cattle, sheep, and chickens. During his youth, he raised and showed cattle with the local 4H program.

Mark’s first paying job was working at the local lumberyard after school and on weekends. After he graduated from Winterset High School he pursued the agricultural field by working on a large farming operation eventually working his way up to the manger position and partner. He also had a long career in the transportation industry.

Mark continues to own and oversee the operations of Iowa Spray Foam in addition to KC Spray Foam & Coatings.

Mark resides in Lee’s Summit, MO with his wife Tina and three of their four children. Their oldest lives and works in the Kansas City area as well.

Save Money with Spray Foam Insulation this Summer

Ready to Get Started on Your Spray Foam Insulation Project?

When you choose KC Spray Foam & Coatings, you are guaranteed satisfaction. Contact us to see how we can assist you for your next project.